Celiac disease symptoms are not always recognized for what they are because they can be very similar to many other conditions.

"You have chronic fatigue syndrome" says the doctor or "your symptoms are probably caused by stress" or "it's IBS" when in fact many people have undetected celiac disease.

Celiac disease is caused by a faulty immune system which wrongly reacts to the gluten in foods and damages the wall of the gut leading to all kinds of health problems. Treatment is by excluding all sources of gluten from the diet.

Autoimmune diseases like celiac disease are becoming more common in our modern society but very often they are going undetected with about three million sufferers alone in the US being unaware that they have this serious long term illness. 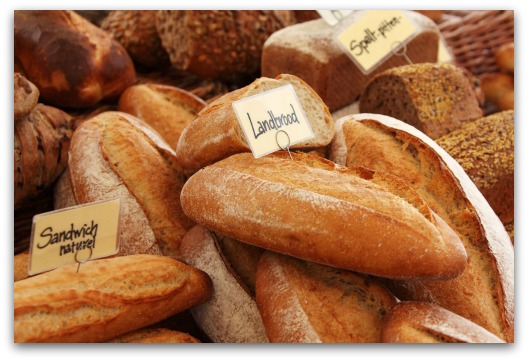 Gluten is Found in Foods Made from Wheat, Barley and Rye

A study published in the journal Gastroenterology in 2009 showed that the prevalence of hidden celiac disease has gone up 4-4.5 times in the last 50 years.

It also showed that untreated celiac disease is linked to a risk of death that is four times higher than normal.

This really is a serious problem that is only getting worse and we all need to be aware that those strange and varied symptoms that we have been suffering could be celiac disease symptoms.

Read on to see if your ill health could be explained in this way and what to do.

Why Are Celiac Disease Symptoms Not Just in the Gut?

Celiac disease is a multi-system disorder. This means that you may have symptoms in many different parts of your body.

"What!" I hear you say "that is crazy because surely my symptoms will be in the gut as that is where any damage will be".

It is true that the main damage will be to the small intestine wall but as the intestine has more and more trouble functioning it cannot do its main job of absorbing nutrients from our food. This causes a lack of nourishment which gradually causes other parts of the body to get damaged or not work properly.

Does Everybody Have the Same Celiac Disease Symptoms?

The short answer is no. The symptoms of celiac disease vary from person to person and no two people suffer the disease in exactly the same way.

This makes it very difficult for doctors and for us to recognize what is going on even if it is right under our noses.

Some people only have mild symptoms but because they have had them for as long as they can remember they do not realise that they are ill. Let's face it most of us feel tired after a hard days work or at times do not have the energy to play with our children.

It is only after diagnosis and treatment that some celiac disease sufferers realise that the everyday state that they considered 'normal' was in fact them only running on half power.

The renewed energy and zest for life that they get from excluding gluten from their diet proves this to them.

Celiac Disease Symptoms to Look Out For

If you are an adult with celiac disease you may have had it for many years and so as we have said you may have symptoms in many parts of your body.

Celiac disease can provoke the development of inflammation in more than one area of the body so symptoms are not just confined to the bowel. Look out for a wide variety of things such as:

As children have not had so much time to build up damage in other parts of the body their celiac disease symptoms are more usually confined to the bowels but it is often noticeable that they are shorter than their friends.

This is called a failure to thrive. As the celiac disease causes them to be malnourished they will not grow at a normal rate.

They also often have behavioral problems caused by feeling ill and tired all the time.

The transition into adulthood is often delayed with adult characteristics like growth of body hair, deepening of the voice in boys and menstruation in girls not happening at the same time as other kids of their age.

A person with the symptoms of celiac disease will not usually have all of these symptoms but a selection which varies from person to person.

This rash which is sometimes a symptom of celiac disease may be seen anywhere on the body but it is most common on the head, neck and face, elbows, forearms, knees and buttocks. There are small patches of red slightly raised skin with blisters on top. The skin feels as if it is burning and is extremely itchy. 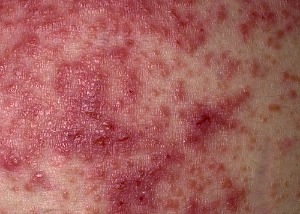 This is one of the most difficult celiac disease symptoms to cope with because it causes an overwhelming desire to scratch and it often stops sufferers sleeping or concentrating on anything.

This rash will initially be treated with medication because although excluding gluten from the diet will eventually cause the rash to fade this can take several months.

Is My Risk of CD Higher if I Have Another Autoimmune Disease?

Yes. People with CD are more likely to also suffer from one of the other autoimmune diseases like, lupus, type 1 diabetes, rheumatoid arthritis and other rarer disorders.

What Should I Do If I Suspect That I Have Celiac Disease Symptoms?

It is very important that if you have some of the symptoms described you get tested for celiac disease. Many people are walking around completely unaware that they have this disorder.

Each month that goes by without a diagnosis more and more damage is accumulating in your body and the risk of an early death goes up so getting screened is very important.

Unfortunately in the past many doctors were reluctant to test for celiac disease because they had been taught in medical school that it is really rare with only one case per 1-2 thousand.

New studies have now proved this to be wrong and it is much more common that previously recognized, more like 1 in 100. So do not be satisfied with a diagnosis of IBS or chronic fatigue without being tested for celiac.

Do not exclude any gluten from your diet until post-test or the tests will not work properly. For more information about testing see this page.

Does Celiac Disease Run in Families?

Yes you have much more chance of being a sufferer if you are related to somebody with the disease. People with relatives who have CD should get tested. 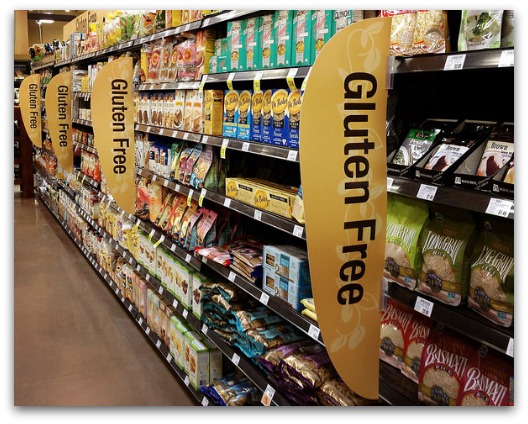 If you discover that your symptoms are indeed caused by celiac disease it may seem very daunting to have to exclude all gluten containing foods from your diet for the rest of your life. This will take a lot of adjustment but it will improve your day to day life immeasurably and protect you from future health problems.

On the plus side at the moment food manufacturers are bringing out lots of new gluten free foods so the selection available to people with celiac disease symptoms is going up all the time. Even companies like Kellogg's are making gluten free breakfast cereals!

DiarrheaNurse hopes that this article about celiac disease symptoms has been useful and if you have symptoms which your doctor cannot explain then prompt him or her to test you for celiac. It could change your life!