Gluten sensitivity symptoms - a new epidemic sweeping around the globe but are these symptoms really caused by gluten?

New evidence is emerging that some people are actually reacting to other components in wheat.

The picture is not complete and more research needs to be done but here we explore what has been found so far and whether you should question if gluten is causing your symptoms or something else? 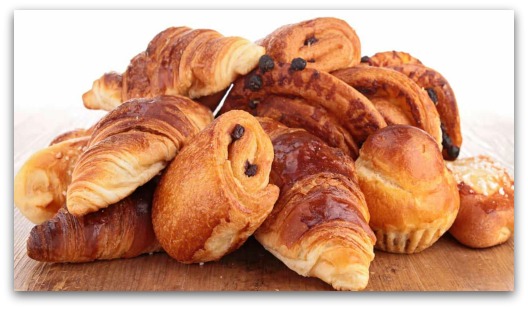 What Are The Symptoms of Gluten Sensitivity ?

2. Symptoms in Other Parts of the Body

How Do I Know I Have Gluten Sensitivity ?

So you stop eating foods with gluten in them and you feel better, then if you fall off the diet and eat some bread or drink a pint of beer your symptoms return. You therefore have gluten sensitivity, right? Unfortunately it is not as simple as that.

You should not assume that you have NCGS without being tested for celiac disease or a wheat allergy first. In particular there are many people who are not aware that their gluten sensitivity symptoms are caused by celiac disease; a very serious illness.

So before going on a gluten free diet (GFD) get some testing done. The tests will not work if you have already stopped having gluten. Be aware that the gold standard test for celiac disease is a biopsy of the intestinal lining done via colonoscopy as the blood tests produce a lot of false negatives.

If all the tests come back negative then your doctor will ask you to exclude gluten containing foods from your diet and then re-introduce them to see what happens.

If your symptoms clear up when you stop eating foods containing gluten and then come back when you have gluten again you will probably be given a diagnosis of NCGS but as we will see this may not be an accurate description of your problems.

Is Gluten Bad For Everyone ?

Many people have decided to cut gluten from their diets because there are quite a few health gurus and celebrities who are treating gluten as if it were little better than a poison.

Their reasoning is that evolution is very slow, so as farming only has a history going back to 11,500 years ago, at the most, we cannot possibly have evolved enough to tolerate grains.

This theory does not make sense as it has been proven for example that Europeans and Northern Europeans in particular have evolved new genes to help them digest dairy products. These new genes rose to prominence 7,500 years ago alongside the domestication of cattle. This shows that our bodies do adapt to cultural changes.

The amylase genes have also changed. Amylase is an enzyme needed to digest complex carbohydrates like the starches in grains. It is produced in the pancreas and the salivary gland but scientists have found that ancient humans did not have salivary amylase. It developed in response to farming.

In fact the nourishment from grains like wheat, rye and barley after the establishment of agriculture has helped the human race to flourish and expand.

Additional information about our adaptability to different diets comes from a study by Lawrence A. David PhD of Harvard University published online by Nature in 2013 which showed that the gut microbiome (the good bacteria) reacts rapidly within one day to a changed diet. This potentially allows for our ability cope with different dietary cultures and lifestyles.

Well enough about evolution and back to the main question of whether your gluten sensitivity symptoms are really caused by gluten. So read some more to find out the latest thinking.

So What Else Could Be Causing My Gluten Sensitivity Symptoms ?

Well before dismissing gluten completely studies have shown that there is a small group of people who do not have the antibodies that show up in celiac disease testing or damage to the gut lining but they do have genuine symptoms in response to gluten.

It could be that these people are in the very early stages of developing celiac disease but they do not yet test positive or they could have the genes for celiac disease but although they are symptomatic this does not show up in the tests.

Some people appear to activate their innate immune systems in response to gluten (the background immune system that we all have to protect us against threats) but do not have the specific antibodies for celiac disease.

These people would all fall into a group of being truly gluten sensitive.

Some doctors think that there is a celiac disease spectrum with a varying levels of severity and therefore sensitivity to the tests. More research needs to be done in this area.

Among those who identify as having gluten sensitivity whether through self diagnosis or through testing it has been found that only a small percentage are actually reacting to gluten.

So how can this be? Well wheat, barley and rye contain high levels of fructans, one of the fodmaps or short chain carbohydrates which in some people can cause many of the gastrointestinal symptoms mentioned above.

If you stop eating these grains because you are trying to cut out gluten you are also cutting a lot of fructans from your diet. Of course there are fructans in other foods but many people do not eat a lot of garlic or cabbage! 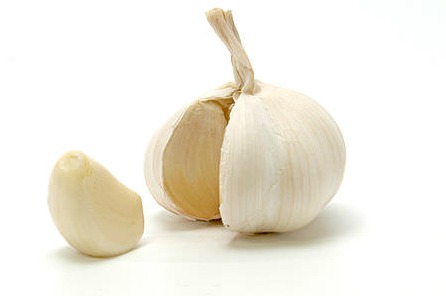 We all react to fodmaps up to a point as you can tell when your roommate eats too many beans! Some of us though are more sensitive and can only tolerate very low levels.

If you cut out gluten completely but continue to eat other foods high in fructans and you still appear to have symptoms of gluten sensitivity this could be your problem.

This explains why many people who do not have true gluten sensitivity symptoms have fewer gut problems when they stop eating wheat, rye and barley. It's not the gluten it's the fructans!

So I hear you asking how does it help me knowing this? Well the important words are Free and Low. A GFD means no gluten whatsoever, whereas a diet low in fodmaps means lowering the amounts of certain foods you eat to a level where your symptoms are no longer bothering you.

This level varies from person to person and not everyone has to cut out wheat, rye and barley completely. It is the overall amount eaten across the different foods that is important.

Also many foods which contain gluten are low in fodmaps like soy sauce for example. Equally some foods that contain no gluten are high in fodmaps.

It is recommended that people follow this diet strictly for a period of between six and eight weeks before adding foods back in one at a time. Many people find that after a period without fodmaps their guts settle down and they can then introduce more foods and only avoid those with very high levels.

For more information see this article about how to follow this diet.

Other proteins found in wheat called amylase trypsin inhibitors could also play a part in provoking gluten sensitivity symptoms. Over the years the level of these proteins has increased due to the breeding of new varieties of wheat which are resistant to disease.

This means that modern varieties of wheat could be inhibiting the action of the enzyme amylase that we need to break down complex carbohydrates. Our pancreas and to a lesser extent the small intestine produce enzymes including amylase to help us digest our food.  Amylase is also present in the saliva although it is fascinating that even today European populations tend to have 6 copies of the amylase gene and people living in hunter gather societies have only 2-3.

Some sufferers have found that their non-celiac gluten sensitivity symptoms improve if they take digestive enzyme supplements before they eat.

A few people are low in digestive enzymes and these people also need to supplement. This is often due to an illness like Crohn's disease or Cystic Fibrosis or damage to the pancreas but it has recently been found that some people naturally secrete lower levels than normal of some of these enzymes.

DigestEzy from Nutracraft is one example of a supplement that people have found useful but there are other brands.

Trying ancient grains like spelt which is an older cousin of wheat could also help even though it contains gluten, albeit at lower levels than in wheat. It would be lower in amylase trypsin inhibitors.

Is Fast Bread Your Problem?

Much modern bread is made using the Chorleywood bread process (CBP) which was invented in the UK in 1961. Currently 80% of all bread in the UK is made using this process and it has spread throughout the developed world. Other fast industrial methods have also been developed.

Manufacturers like them because they are much much faster than traditional ways of making bread, the bread lasts longer and so it is more economic. These methods use more yeast and chemical processing aids. From start to finish it takes only 3.5 hours to make and package a loaf so that there is no time for proper fermentation.

Some people have found that their gluten sensitivity symptoms improve by simply switching to bread made the traditional way which is much slower, allowing for proper fermentation. Traditional breads are also made using fewer and natural ingredients.

So studies seem to show that there are different groups who identify as having gluten sensitivity symptoms.

Research is ongoing because although cutting out the fructans in grains explains the reduction in gut symptoms for many people it does not yet explain how other ' gluten sensitivity symptoms ' in other parts of the body or mood changes are caused.

Possible theories for how gluten could be implicated in symptoms outside the gut include; interfering with the production of serotonin, causing disruption of the central nervous system or being somehow related to changes in the friendly gut flora. Therefore in theory taking high quality probiotic supplements could help.

More research also needs to be done to see how much new varieties of wheat are to blame for the explosion of gluten sensitivity symptoms.

Some researchers believe that the nocebo effect may be to blame in a few sufferers. This is the opposite of the placebo effect.

These theories have not yet been proven and more studies need to be carried out.

To see more about this and information about the original studies published in the United European Gastroenterology Journal mentioned in this article see here.

For an overview of the science see this article in Nature.

This is a complicated subject and we will know more in the future than we do now.

DiarrheaNurse knows that it can't be easy to live with gluten sensitivity symptoms and so will keep a look out for new information as it emerges.

In the meantime if you have the symptoms of gluten sensitivity it is a good idea to get the appropriate tests done and if they are negative consider whether your problems could be caused by a sensitivity to fructans rather than gluten or even a lack of enzymes.

For more information about celiac disease, allergies and testing please see below.

Garlic By Dubravko Sorić SoraZG on Flickr [CC BY 2.0 (http://creativecommons.org/licenses/by/2.0)], via Wikimedia Commons