Stomach flu symptoms - Ugh! You have been struck down. This is just the kind of horrible illness that hits when you least need it.

You are on a cruise or vacationing in a big swish hotel when suddenly you are confined to your room and crawling between your bed and the bathroom.

All you want is for the symptoms to stop. Find out here what to look out for, what it all means and how long it will last. 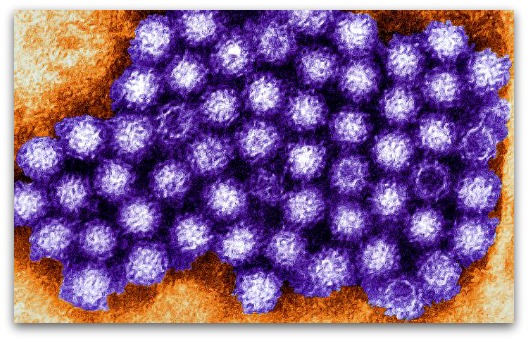 In most cases stomach flu symptoms are caused by a virus. This is why you may hear some people refer to stomach virus symptoms.

There are a few different viruses which could be to blame but the commonest culprits are:

The only way to tell exactly which virus is causing your stomach flu symptoms is to send a stool sample to the lab for testing. Quick stool tests are available for Norovirus and Rotavirus but the other viruses take longer to test for.

Is it Really Flu?

No, influenza is an entirely different beast but they share similar names because some stomach flu symptoms like a fever and aches and pains overlap with influenza symptoms.

Will a Flu Shot Stop Me Getting Stomach Flu?

No, because stomach flu symptoms are not caused by real flu the influenza vaccination will not provide any protection. There are no vaccinations for most types of gastroenteritis but an exception is rotavirus which mainly affects babies and children.

Two different oral rotavirus vaccinations are available which is normally given to babies in two or three doses dropped onto the tongue at a few weeks old. These are about 74-98% effective and they keep many babies and toddlers out of hospital and even save lives as rotavirus can kill in severe cases.

Which Stomach Flu Symptoms Should I Look Out For?

When you have a bad stomach how do you know if it is stomach flu? You can tell because you will have symptoms of gastroenteritis which include:

If you have stomach flu you will also have some of these additional stomach flu symptoms such as:

How Long Does Stomach Flu Last?

Stomach flu symptoms normally come on 24-48 hours after your first contact with the virus. So if you have been at a party and you know that people are getting ill you may also go down with this dreaded tummy bug 1-2 days after the last party popper has been popped.

Once gastric flu symptoms start they usually last 1-3 days or 3-7 days for rotavirus in children. This is the normal length of time when the symptoms are at their worst. It can take a few days more to feel back to normal.

Even once the symptoms have gone you may still be contagious for about 2 weeks or even slightly longer in some people as the virus will still be coming out in your stool.

How Can I Protect Myself From Stomach Flu?

Stomach flu viruses live in the vomit and stool of infected people and you can catch them by coming into close contact with infected people or food and drink  or water which has been contaminated by an infected person.

Surfaces in the kitchen and tableware can also have the virus on them as well as sheets, towels and clothing that has been in contact with someone who has the virus.

These viruses spread very quickly and you are more likely to catch them and suffer stomach virus symptoms in settings where lots of people are sharing a space such as cruise ships, schools, restaurants, barracks and elderly care facilities.

If one person is infected in a setting like this the virus will seize the opportunity and spread from host to host. This is even more likely if the infected person is handling food.

The problem is that a person can be contagious either before the symptoms show themselves or after the symptoms have cleared up. The virus can also live for some time on surfaces.

The best way to protect yourself is to practise good hand hygiene and to wear rubber or plastic gloves if you are clearing up after somebody who is ill. Do not share any personal items with them. Normal soap is just as effective as anti-bacterial wash but unfortunately hand washing is not as effective against rotavirus.

Wash all fruit and vegetables before eating them and clean kitchen surfaces with a bleach based cleaner.

After Having Stomach Flu Once Can I Catch It Again?

That depends on which virus you have been infected with as many different viruses can cause gastric flu symptoms.

Norovirus tends to infect people about 5 times in their lifetime. You will have a temporary immunity after an infection but this only lasts for a matter of weeks or months. Some lucky people have a genetic make up which seems to protect them from norovirus however.

After a rotavirus infection about 38% of children will have natural immunity against being reinfected but those who do become infected again will have a much milder illness. With each subsequent infection more and more children develop immunity and this is why most adults do not catch rotavirus.

There are 50 different types of adenovirus so although you may develop immunity to one or more of the viruses it is not likely that you would be immune to all of them.

A study in Oxford in England found that 75% of 10 year olds had astrovirus antibodies. This means that adults are much less likely to have stomach flu symptoms caused by this virus.

When our kids were about 10 and 12 we decided to try an all inclusive holiday in Turkey. All inclusive sounds very seductive as everything, all meals, drinks and snacks are included in the price. Unfortunately a few days into the holiday we all came down with awful stomach flu symptoms. The holiday was completely ruined and the resort doctor was kept very busy!

We have never been on an all inclusive holiday since, nor indeed can I bring myself to go back to Turkey at the moment. I think the problem lay with the mass catered buffet style food and probably less than perfect hygiene standards behind the scenes.

That does not mean that all mass catering or all inclusive holidays are bad but you are more at risk of coming down with gastric flu symptoms in these situations.

Stomach Flu Symptoms - On the Mend

When you are literally in the middle of a stomach flu infection you will probably not be able to leave the house but when you start to feel better be aware that you may still be contagious.

Even if you are feeling fully recovered be careful not to pass on the infection to other people. Wash your hands carefully especially after visiting the bathroom and do not prepare or handle food for other people for the first few days.

Having stomach flu symptoms is not something you would wish on your worst enemy as they are really horrible but in most cases you will recover with no ill effects as long as you take care to avoid dehydration but if you are not recovering then always seek medical attention.

This is especially important for babies, children and people who are old or frail. Ring ahead to alert them that you could be contagious.

For more information about how to treat stomach flu please see the article below.