Toddler Diarrhea - How to Cope 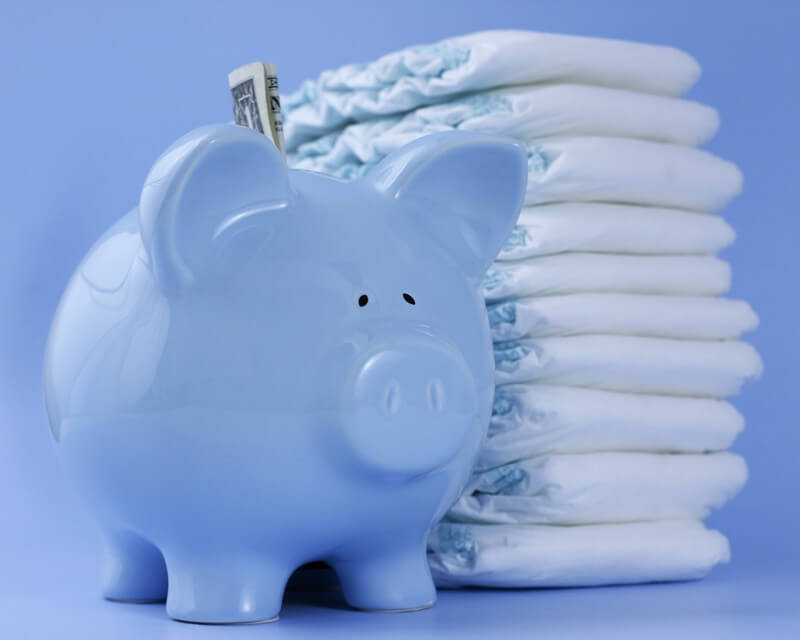 Toddler Diarrhea or TD is not a diagnosis that many parents know about until it is given to their own child. It is not what you may think. Of course diarrhea in toddlers can happen for many of the same reasons as other age groups but TD is a specific disorder.

Your child will have frequent episodes of diarrhea but otherwise they will be happy and healthy. The cause is not known but there are things that can be done to improve the situation. Read on to find out how parents can cope with this misery.

Fortunately it is much more of an ordeal for the parents than it is for the young child concerned, who usually does not worry that they are having several bouts of loose stool per day. This type of chronic diarrhea is very common, although most parents have never heard of it until their child’s doctor or pediatrician says its ' toddler diarrhea ' also known as chronic non-specific diarrhea.

Although this is a distressing disorder fortunately it does not have any serious consequences. The bowel is actually normal but the motility is thought to be affected making transit times faster than they should be. It is a self-limiting disorder and your toddler will grow out of it.

The exact cause of toddler diarrhea is not known but it is thought that in some children the intestines are immature and cannot cope very well with certain dietary elements. As your toddler grows older and their bowels mature they will grow out of this problem. This happens at different times depending on the child but nearly all children will be problem free by the age of five.

Jack was two years old when his bowel habits changed. He started to have 6-8, loose and watery bowel movements a day containing bits of undigested food such as carrot.

His mother assumed it was a stomach bug but although he did not seem unwell Jack continued to have diarrhea. She took him to see the doctor to have a check-up and the doctor diagnosed toddler diarrhea. As there was a history of allergies in Jack’s family tests were done to rule this out but they came back negative.

Jack had reached the 62th percentile for his weight and the 64th for his height and he had not been losing weight. He seemed happy and well.

The biggest problem was for his parents who had to cope with the frequent bouts of diarrhea. To begin with this meant many changes of diaper (nappy) and all the expense and time that entailed. In Jack's house the shower attachment got a lot of use!

Another problem was that when when he was toilet trained he had accidents more than the other children at the nursery and then at the pre-school he attended on the few days his mother worked.

The biggest problem was that his mother would often get phone calls from the pre-school asking her to pick him up, as children with diarrhea are not allowed to attend for fear of cross-infection. Eventually a letter from his doctor reassured them that Jack was not infectious.

Dietary changes helped to reduce the frequency and severity of his symptoms and he grew out of this difficult problem by the time he was four.

Although Jack's parents were reassured by the medics that there was nothing seriously wrong with him they still found this time in his life difficult to cope with.

Certain dietary changes have been found to reduce the frequency and severity of the toddler diarrhea symptoms. There are four things to remember; the 4 Fs, fruit juice, fluid, fat, and fiber.

Some people try experimenting with their child's diet to see if certain foods are causing the problem. Great care must be taken and exclusion diets should not be attempted without proper medical supervision. Young children are at a vulnerable time in their life when they are growing fast. Cutting out foods can have a detrimental effect. Before considering switching away from cow's milk or other foods for example it is important to get proper advice.

Children with toddler diarrhea should not be given anti-diarrheal medications.

This fluid chart gives a guide to a child's fluid needs during a 24 hour period calculated according to their weight. It is only for use with healthy, well children in normal (not extreme) weather conditions. A child who is vomiting, overheated or ill in any other way may have different fluid needs and should have medical supervision.

Remember that Toddler Diarrhea is not a diagnosis which is applied to sick children, so if your child is ill in any way their diarrhea will have another cause. If they seem unwell with a fever, abdominal pain, have blood or pus in their stools; if they are losing weight, are dehydrated or do not seem themselves in any way, then seek medical attention.

If your child is suffering from toddler diarrhea DiarrheaNurse.com hopes that these tips help you to cope with the problem. Although this disorder does not have any serious consequences for your child, it is a difficult situation for parents to manage. Having a toddler with diarrhea is not a situation that anybody would wish to have.

Many people do not know about toddler diarrhea and can be alarmed and worried that your child is infectious. It can help to try and find other parents coping with this issue for mutual support. You can find chat about this in online forums such as mumsnet.com.

If your child is younger you may want to look at our advice on baby diarrhea.