What is Irritable Bowel Syndrome ?

"What is irritable bowel syndrome ?" is a question that I am often asked. This is not surprising because up to 20% of the population in developed countries is suffering from this problem.

What's In a Name?

First of all a word about what a syndrome is. A syndrome is a set of signs and symptoms which frequently occur together but do not have a known cause.

Of course sometimes this does not seem to apply, such as in Down Syndrome but that is because the cause has been found since the name was chosen.

The word 'syndrome' has had a bad press with many people taking it to mean a disorder that does not really exist. This is unfair to the people who are suffering with very real symptoms.

Irritable bowel syndrome is frequently shortened to IBS and in the past has also been called spastic colon, a name which has now fallen out of favor.

So What is Irritable Bowel Syndrome ? 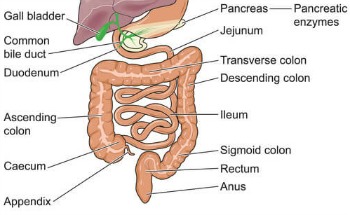 Irritable bowel syndrome is a condition where the functioning of the large intestine is disrupted. The large intestine, also sometimes called the colon or large bowel, has a completely normal structure and no abnormalities can be found but it does not function properly.

The principal symptoms are abdominal pain and cramps, diarrhea and/or constipation and bloating.

The main job of the colon is to absorb water and salts from the waste materials left behind after the small intestine has removed the nutrients from food. About 1.5 liters of fluid arrive in the colon each day and most of this has to be reabsorbed.

So the colon firms up the stools/feces and it has muscles all along its length to push the stools towards the anus ready for having a bowel movement. It is a bit like a conveyor belt which is constantly working, with the stools moving along and getting more solid as they get towards the end.

This movement is called peristalsis and it is initiated when a chemical called serotonin is released by the cells in the intestine walls in response to food entering the system.

When you have irritable bowel syndrome this system is either working too fast giving you diarrhea (too much serotonin) or too slowly (too little serotonin) resulting in constipation. Some people alternate between having diarrhea and constipation.

The functioning is also often very haphazard. For example sometimes one part of the colon can be contracted for a prolonged period of time causing pain and holding up the passage of stools causing them to dry out into hard rocks which are difficult to move along. This can also trap gas behind the feces leading to bloating.

It is as if one part of the colon is not talking to the other parts and so the scheduling and delivery of the poop train is in chaos!

So when trying to answer the question what is irritable bowel syndrome you could say it is a bit like having a car or bicycle which is in good condition and mechanically sound but is in the wrong gear. 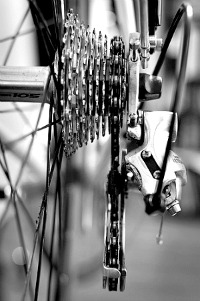 What Is Irritable Bowel Syndrome Not?

Often when people ask "What is IBS?" they are worried that it could be something life threatening. Be reassured that irritable bowel syndrome is not dangerous, it is not cancer, and it does not lead to anything worse.

What Irritable Bowel Syndrome Is

IBS is very disruptive to a person's life. It can cause people to suffer from depression and anxiety and will make everyday life difficult. It is usually long term, although symptomatic relief allowing you to lead a normal life is possible with different treatment options.

What is the Cause of Irritable Bowel Syndrome?

The exact cause of irritable bowel syndrome is unknown and it is quite possible that what is currently being diagnosed as IBS, will in the future, following more research, turn out to be more than one thing with different causes or it could be that different factors have to come together at the same time to cause IBS.

These factors could be genetic and environmental. They could include problems with the  immune system, with the muscles in the bowel, the nervous system or bacteria.

One promising line of research is into disturbances in the microbiota, the 100 or more trillion friendly bacteria which live in our gut and other areas of our bodies.

Most of these bacteria live in the large intestine (colon) but it is now being found that many people with IBS have an overgrowth of bacteria in their small intestine where they should not be.

Another theory is that the independent nervous system in the gut which relays messages to the brain becomes oversensitive and reacts to things that normally it would not even notice.

It is known that IBS is more likely to develop if you have suffered a gastrointestinal infection in the past. This is known as post infectious irritable bowel syndrome or sometimes PI-IBS.

If you have suffered a psychological trauma you are also more at risk and if it runs in your family.

A new blood test has just been developed (May 2015) which picks up antibodies to toxins which have been produced by previous gastrointestinal infections. This is a new way of diagnosing diarrhea predominant IBS and points to an organic cause for IBS and not a psychological one.

What is Irritable Bowel Syndrome ? - The Future

DiarrheaNurse will be monitoring the situation to look for any new information that is discovered about the cause of this life disrupting condition. Hopefully, in the future we will have a better answer to "What is irritable bowel syndrome ?" and we can change the name and drop the syndrome!

I hope this article has answered your question "What is irritable bowel syndrome ?". If you would like more information about symptoms and treatment then please see below: